I was once a liberal.

I was once a liberal. Liberals aren’t evil. They are idealists. They want a world where everyone respects each other’s personal choices and everyone helps each other out. World peace, utopia and democracy are all sweet liberal dreams. Most liberals truly aspire to those concepts. And they are very nice concepts.

In grade school, I didn’t really see where either liberals or conservatives were bad guys. It was only when taken too far that either was a bad thing. Maybe not all kids get the same thing from school, but I understood from my history teachers that there was a certain ebb and flow of ideas from left to right, right to left. I remember a chart that looked something like this:

See how I cleverly arranged the right and left? Didn’t see that coming, did ya?

It was supposed to show that liberals and conservatives could meet in the middle, but their nastier cousins sort of lurked behind them, whispering into their ears.

I never really related the terms Democrat and Republican to liberal and conservative. I didn’t like Republicans. In my forming brain, they were the big controlling faction that owned everything and scoffed at lesser beings. It turns out that this is actually true, as far as it goes.

There is a romantic charm to the underdog who just wants to see fairness. This was how I saw Democrats. Republicans were the wine and caviar party and Democrats were beer and pretzels. Then I began to realize that the underdog/fairness image was just that, an image. Democrats are far more like Republicans than they are like me.

Sure, Dems give lip service to fairness, but they tend to forget justice. They claim they want social freedoms for all. But if Obama is so supportive of gays being able to marry or civil unionize or whatever you'd like to call it, then why did he voice his support after the North Carolinians voted against it and not before? He had the opportunity to influence that vote and didn’t even try.

And on my right, Repubs are so proud to be business-friendly.  But they are right there in line to pass new laws and regulate the ass off anything that moves. 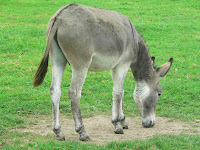 Literally nothing left if you regulate the ass off it.

People support both of these political parties based on falsehoods.  The truths never live up to the public relations and press releases.  We have become a nation of words.  And those words are twisted.  Each party seeks to please their faction with no regard to what is actually the correct action.  Neither is truly liberal nor conservative by today's definitions or older representations.

So what is liberal and conservative?  Ignoring political party connotations, a liberal would like changes in current public policies.  Conservatives would like to restrict change and keep the status quo.  Reactionaries want to go back in time and return to a situation before policy changes were made and radicals want to trash the whole thing and come up with a new plan.

Hold on.  I just realized something.  I am still a liberal.  I would like changes to current public policies.  Well, sonofabitch.
Posted by Paminski at 8:15 PM 1 comment: Links to this post